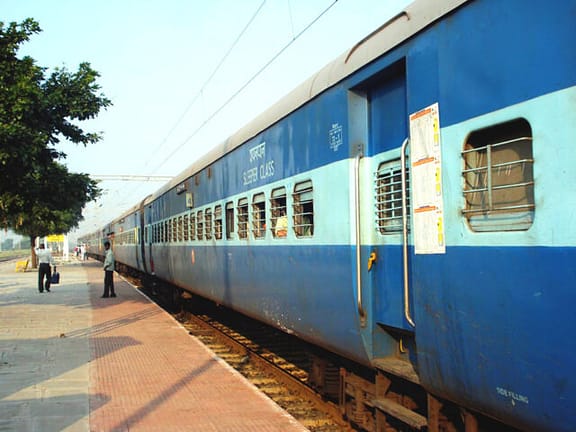 India offers a wide range of public transportation means to travel across the country and within cities. They are not always the most comfortable ways to travel, but they will get you places. Read on for ways of Getting Around in India.

Before we commence, let’s list a few travel websites that will prove to be very helpful in planning your trips across India. In the order of our preference: Cleartrip, GoIbibo, ixigo, MakeMyTrip, Yatra and Musafir.

Airplanes are the fastest and most convenient way to get around in India. Probably not the cheapest though. But with the country’s length and breadth spanning across thousands of kilometres, this is the means to resort for convenience while saving a bunch of time.

The best low-cost airlines in India are: SpiceJet and IndiGo covering most important Indian cities, and GoAir covering fewer ones. AirAsia India has recently set foot in the country and flies to a limited number of cities. If you seek a little more comfort, a better service and more  l e g r o o m  at a slightly higher expense, then look up to none other than JetAirways.

But if comfort and saving time is not the name of the game you intend to play in India, then trains will serve you right. Not only that – trains are also where you enjoy beautiful Indian landscapes the most, make friends with your co-passengers, taste their food, and sometimes frown at your neighbour’s incessantly crying baby.

Trains arguably have the vastest connectivity in India. Although the Indian Railways are incredibly dirty, often terribly delayed and the important trains are almost always sold out (especially during the peak seasons), this is still the way India prefers to travel. Trains can be ridiculously cheap, after all. Imagine travelling over 800 km in under 4$! Although this is possible, it may not be the recommended way to go – the Unreserved / General Class. Unless you seek the ultimate adventure. Reserving a seat for yourself is the best thing to do. It still wouldn’t set you back with much. An air-conditioned sleeper class would probably cost 15$ or less for the same journey.

Prices that meet a wide range of budgets and a network entrenched pretty much in every corner of India makes Indian Railways the most preferred way of travel across the country. It wouldn’t be wrong to say that the Indian Railways are a part of the present-day Indian culture.

Not sure of which train travel class to book? We’ve tried to spell it out: Indian Train Classes Explained.

Trains are good for long-distance travels at a very low cost. But for shorter distances getting a bus could be a smart idea, especially if you’re struggling to reserve a seat on the overly crowded trains.

There are plenty of state and private bus services in India. They can be useful for short-distance travels. Although India exhibits some of the world’s worst driving skills and at times pretty awful road conditions, so these rides can be rather bumpy. Buses are available in both seater and sleeper types.

There are a few exceptions of luxury buses that can be both comfortable and smooth. One of these state bus services is labelled as ‘Volvo’ (yes, named after the American Volvo buses). Generally Volvo service drivers are well trained who are known to display rather skillful driving and the buses themselves are pretty comfy. Volvo services are only offered in seater type.

Buses are advised for journeys of up to 500-600 km, which can take about 6-10 hours depending on road and traffic conditions. If you wish to cover long distances over buses, then break journeys are recommended. You really don’t want to be stuck on a bus for 24 hours straight. There are food and toilet breaks. Food whereas can be managed in several ways, but dirty public toilets…?

A good place to book buses online is RedBus.in. This is aside from the travel websites recommended above. We recommend making a quick Google search to look for state department’s bus services. For instance, Uttar Pradesh State Road Transport Corporation (UPSRTC) is the domain for the state of Uttar Pradesh.

A word of caution on fake Volvos: Many private operators label their non-Volvo buses as Volvo and dupe people into buying their services. Watch out for those. If you have an eye for detail, it is easy to spot the fake Volvo branding.

Taxis, although expensive, can be a convenient as well as adventurous way to travel through dramatic Indian highways. India offers some amazing rustic scenery, which is certainly enjoyable through the train, but even more so when travelling in a taxi. Plus the adventure that comes along when your driver swerves and passes through traffic spaces you couldn’t imagine was possible. And did someone say elephants? Yup, they can often be found chilling by the roadside. This means of transportation also offers you the most flexibility on your journey – to make halts for refreshments at roadside restaurants (called Dhabas) along the way, to stop-by and take a selfie with the roadside chilling elephant, or even just to plan your itinerary more flexibly.

Of course this would cost you a fortune more compared to trains or buses. It is also worthwhile to mention that India doesn’t offer the best road conditions for many parts of it, and neither skilful and trained drivers. This means that your ride can be very bumpy at times. This also means that the journey will turn out to be very exhausting. An 850-900 km trip (Delhi to Varanasi, for instance) can take up to 10-12 hours in normal traffic conditions. Worse traffic conditions can stretch this duration by several more hours.

The best way to avail a taxi would be to consult with a local travel agent. A fair amount of negotiations may be required to avoid a rip-off of a deal. Although travellers from richer nations should consider evaluating a fair value for the deal that they are receiving compared to their homeland. Does it really unsettle your budget so much to pay a couple of cents extra per kilometre?

If you do hire a taxi, try to get a big car. They’d cost slightly more, but would be far less bumpy compared to a small hatchback. It would most likely enhance your entire trip experience.

Well, see it for yourself:

It is fairly easy to hitchhike in India. There will be plenty of passersby who would offer you a lift. Although due to safety concerns private vehicles would be less likely to do so. There have been instances in the past whereby the hitchhiker turned out to be a bandit. Due to this reason foreign travellers are more likely to get a lift than the locals would. Likewise they are less likely to be out there seeking one.

Although we know female travellers to be residing to this means and safely making it to their destinations, but with hitchhiking safety can be a concern, especially in remote areas. Always make sure to hitchhike during daytime and after duly analysing the situation. If it doesn’t feel right, just let it go and find safety.

Tuk-Tuks are the quickest way to get around within cities. But they pollute a lot as well. Therefore we urge you to avail more Cycle-rickshaws than Tuk-Tuks. This would serve you in small to medium-sized cities like Varanasi, Agra and Jaipur. In bigger cities Cycle-rickshaws are banned in many big streets, so Tuk-Tuks may be your only option other than radio taxis and city buses.

Is it ironical that The Yellow Tuk-Tuk tells you to use less Tuk-Tuks? Perhaps. But hey, it’s a cute thing!

By the way, Tuk-Tuk in India is commonly referred to as auto-rickshaw, three-wheeler and sometimes even tempo.

Cities of the likes of Delhi and Mumbai offer a wide range of Radio Taxi services. These would be your best and most convenient way to get around, especially upon fresh arrival into the city. Of course later on you may go about exploring city buses and metros.

The most famous services operative in major cities are: Ola Cabs, Uber, Meru, Mega Cabs and Easy Cabs. Most big cities have Radio Taxi booths awaiting your arrival at their airport exits.

Radio Taxis are quite convenient and somewhat expensive. If your priority is budget over convenience, then probably not your best bet.

Again the bigger cities can be relied on with city buses, but not quite the smaller ones. Delhi, for instance, has good and frequent bus connectivity. But quite often the buses are overloaded with people and are on the verge of bursting. There are AC and non-AC bus services available and are very cheap. Beware of pick-pockets though!

Delhi also offers an Hop-on Hop-off service. Check it out if HOHO rocks your socks!

Indian cities have severe traffic congestion problems. It is a good idea to stick to the metro and local train services whenever possible. They are all convenient and cheap, although can be massively overcrowded during peak hours.

Currently 8 Indian cities offer metro rail services. Among these Jaipur and Chennai sequentially become the latest cities to get the service whereas Delhi remains the most popular in India.

Apart from the recently launched metro service, Mumbai boasts what is also known as its lifeline – the Mumbai Local Train service which runs across the length of the city from the north to the south.

Although not so popular, car rental services have popped-up in bigger cities and can be looking into as an option if your nerves dare to drive on Indian roads.

Looking for more out of your India adventure? Then yes, although not much popular, it is possible to travel on boats between cities, so we have heard. Try Varanasi to Allahadbad and vice-versa.

Did you find this article useful? Share The Yellow Tuk-Tuk with your friends and family to spread our love for travel!

Namaste and welcome to Incredible India!

Get a Visa Fast: iVisa

Begin typing your search term above and press enter to search. Press ESC to cancel.

This website uses cookies to improve your experience while you navigate through the website. Out of these cookies, the cookies that are categorized as necessary are stored on your browser as they are essential for the working of basic functionalities of the website. We also use third-party cookies that help us analyze and understand how you use this website. These cookies will be stored in your browser only with your consent. You also have the option to opt-out of these cookies. But opting out of some of these cookies may have an effect on your browsing experience.
Necessary Always Enabled
Necessary cookies are absolutely essential for the website to function properly. This category only includes cookies that ensures basic functionalities and security features of the website. These cookies do not store any personal information.
Non-necessary
Any cookies that may not be particularly necessary for the website to function and is used specifically to collect user personal data via analytics, ads, other embedded contents are termed as non-necessary cookies. It is mandatory to procure user consent prior to running these cookies on your website.
SAVE & ACCEPT